Sub-Human Resources returns by popular demand with a third chapter that further explores the possibilities of its society, from the suburbs to the down back allies! If you’re a fan of either cruel/unaware giantesses or of stories featuring tinies facing impossible odds, then this is one comic you are not going to want to miss out on!

Synopsis: At the height of the Swinging Sixties a pandemic swept the globe over the course of a year claimed the height of half of the world’s population. Seemingly linked along genetic lines to affect entire families but otherwise random, 1.5 billion people found themselves facing the rest of their lives at just six inches tall. In Britain, welfare spending on the underclass spiralled to unsustainable levels with social unrest peaking when Mary Porter, a young librarian, was imprisoned for three years for the manslaughter of a man she had accidentally stepped on in the street. Twenty years ago Mary’s Law was passed, decriminalizing all acts against the underclass and establishing a process to register the smaller humans as property to alleviate the burden on the state. In the present day, the first humans bred entirely in captivity are reaching adulthood and entering the market. 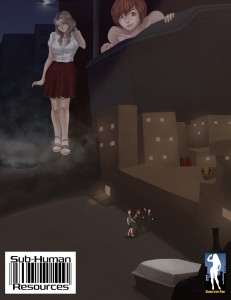 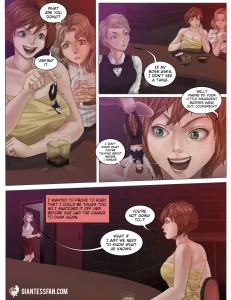