A giantess film studio’s most loyal fan is shrunk to the size of a doll and forced to become the star of their newest project in the first installment of The Starring Role!

Synopsis: Ralph Green, a giantess aficionado, pays a visit to the home of GW Films, where he encounters both his fondest dream and worst nightmare. Georgina West, the director of a series of giantess films, has a shrinking device that she uses on men to make her look like a giantess—and she is, to them. Many POV shots, contrasting his puny size to her vastness. After she tricks Ralph into shrinking, she plays with him, abuses him, and inserts him into her latest film. 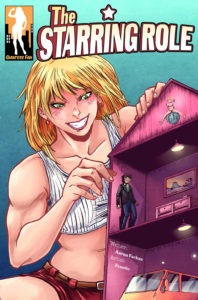 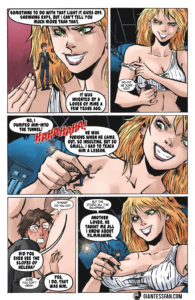