In the second and final issue of The Starring Role, a lover of giantess fetish videos gets to live his fantasy… but is it really what he expected?

Synopsis: Ralph Green, a giantess afficionado, is paying a visit to the home of GW Films, where he encounters both his fondest dream and worst nightmare. Georgina West, the director of a series of giantess films, has a shrinking device that she uses on men to make her look like a giantess—and she is, to them. Many POV shots, contrasting his puny size to her vastness. After she tricked Ralph into shrinking, she plays with him, abuses him, and inserts him into her latest film… among other things… 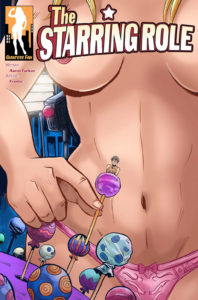 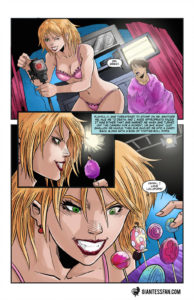