To all of our European readers, we have some bad news (or, depending on your particular kinks, the BEST news): your entire continent is now the property of several cruel but sexy lesbian giantesses in our long awaited, extra-long new title Spoils of War!

Good luck with that!

Synopsis: Bitter rivalries over diminishing fossil fuels brought tensions to a head between alliances broadly consisting of the European and North American nations. The Americans were the first to flex their itchy trigger finger, or “pre-emptive strike” as they called it. It took seven years of intense fighting but again they ended it with a state-of-the-art nuclear option. A blitz of intercontinental ballistic missiles crossed the Atlantic and peppered Europe. The result: a barren wasteland? Actually something much neater: every European city reduced to a model-like few feet across. Just like that the once formidable enemy immediately cowered and unconditionally surrendered. The solution for their cities? Sell slices of them to the bitter widows and curious teenagers back home, of course. 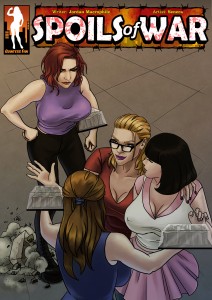 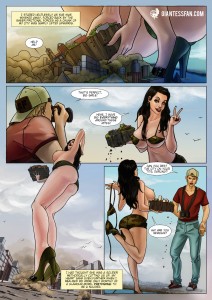